EPISODE 3: REMEMBER THOSE WHO HELPED YOU

Recently, I read the story of a young man who had escaped being aborted, got rejected by his biological parents, picked up and cared for by a Roman Catholic priest who ran an orphanage and an old people’s home, and eventually adopted by a kind-hearted man.
This foster dad—whom I would dub a godsend—made available to this child all the luxuries of life: he attended the best schools, had the best of meals, went on expensive vacations and so on
He imparted into the young man the guts of an entrepreneur before he turned 25 in hopes that the young man would eventually end up spearheading his company’s affairs seeing that he was getting old. After he had been established by this man, the young man thought he had arrived.
He got hitched to a terrible woman who was a truckload of greed and discord; he danced to her tunes and did all her biddings. The woman influenced him to the point that he even left his parents in the lurch—totally forgotten.
His father got so old, and at the point when he needed his son’s assistance— when he needed to be taking good care of—his son’s wife did the terrible: she turned him against his father. They treated him like a leper; and when they couldn’t continue with maltreating him, they—having got tired of poorly babysitting him—sent him off to an old people’s home.
The day he brought him to the old people’s home was the day of reckoning for him. At first he didn’t understand what was going on because his father and the priest conversed friendlily about old times—they obviously had to catch up.
When the priest understood why the young man had brought his father, he decided—there and then—that it was time to let the young man know who he truly was. He recounted how he—the priest—found him abandoned, took him to the orphanage, catered for him before he was taking in by a man who heard his story and felt so much compassion for him. Now, the same man who had shown mercy to this child was brought to the same orphanage where he had gone to save the young man who had brought him back to the orphanage to abandon him there.
When the young man heard the story, he broke down—his eyes welled up in tears. He begged his father to forgive him, and—as you might not have expected—he forgave him wholeheartedly, but—prior to this—he had left only his house to him and willed his entire wealth to the orphanage where his son had taken him to. That was how he missed out on the great things life had to offer him through his father.
In life, we need to pay attention to where we were, where we are and where we are headed: What you did before resulted to what you are doing now; what you are doing now will—and I say this with all assurance—determine what you will be doing tomorrow.
As you get to the top, remember those who held the ladder for you while you climbed: Your bosses, your friends and all the people that helped you in your career. How do you pay them back? You can do that by paying them a visit—a purposeful meeting, calling them, giving them other sorts of assistance.
You know what they say: One good turn deserves another. This is why I—in my little way of showing appreciation—liaise with my wife to think of how to appreciate people who have contributed positively to our lives.
Sadly, some people don’t ever think about their parents. Someone bore you in her womb for 9 months, catered for your needs till you became an adult, you decided they were *unimportant* and not worth your checking up on them and financially assisting them?
We forget that this world has been set up to follow a boomerang theory—if you don’t remember your parents right now, there is every likelihood that your kids might disregard you. That is how a boomerang operates: you throw it up, it comes right back at you.
In a nutshell, remember this: He who has been aided up the ladder, could still be shaken off of it. Remain humble and appreciate people who have helped you grow.

Sometimes the simplest things are the hardest to do. So we came in to bridge that gap where others cannot reach to help the needy in order to ease their everyday lives. Every year, we develop and execute projects that really affects the lives of the people, positively. That is what we stand for. 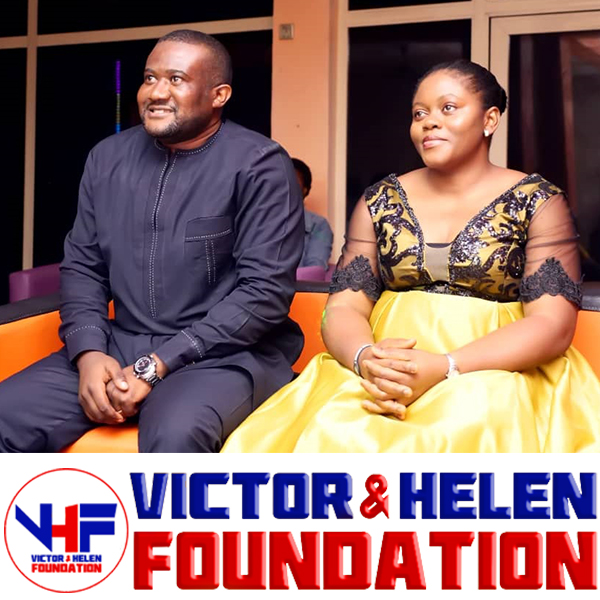